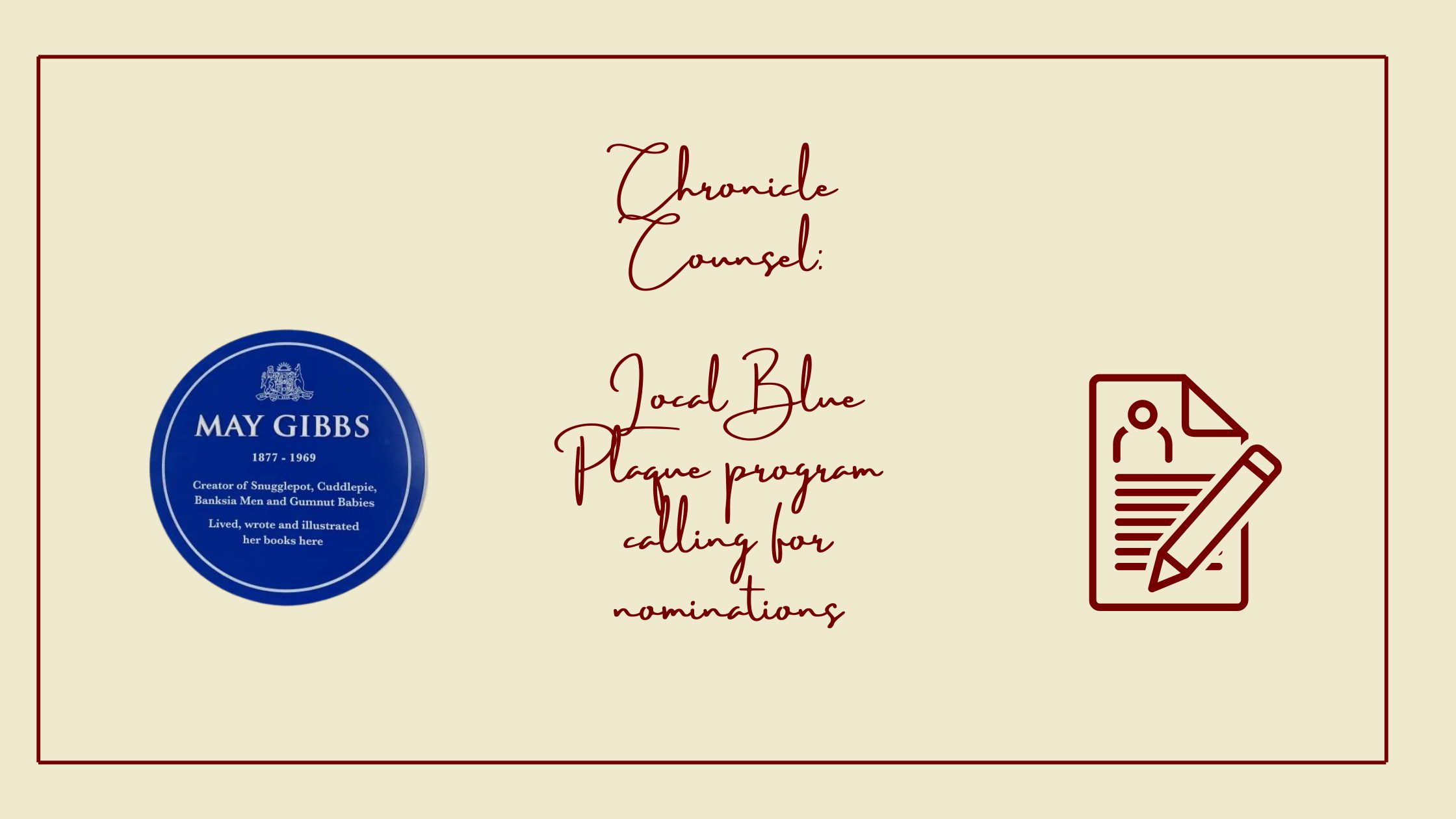 Nominations for the new Blue Plaques Program have opened and Member for Terrigal Adam Crouch is encouraging local residents to nominate places and personalities that deserve State-wide recognition.

Mr Crouch said there are many hidden gems on the Central Coast that are worthy of both recognition and preservation.

“NSW’s new Blue Plaques Program is modelled on the United Kingdom’s famous initiative and will help to unlock the stories of heritage sites which have played a key part in our State’s history,” Mr Crouch said.

“I am asking people on the Central Coast to provide suggestions of sites which represent a significant story, person or event. “Sites could include a much-loved historic building, a place inter-twined with a key moment in our State’s history, or a location linked to a local hero.”

Nominations for the Blue Plaques Program can be made by emailing terrigal@parliament.nsw.gov.au and will be accepted until Sunday, 31 October.

The first site in NSW to have received Blue Plaque status is the home of May Gibbs, author of the iconic Australian bush fairytale Snugglepot and Cuddlepie, on Sydney’s lower north shore.

Plaques will also soon adorn the former Registrar-General’s Building in Sydney, which was designed by architect Walter Liberty Vernon, and the heritage-listed Caroline Chisholm Cottage in East Maitland, which was a Hunter Valley hostel for homeless migrants run by women’s advocate Caroline Chisholm.

For more information, go to: https://bit.ly/HNSWBluePlaques.

What area on the Coast would you nominate for a Blue Plaque?

Let Adam Crouch know your ideas via the email address above.