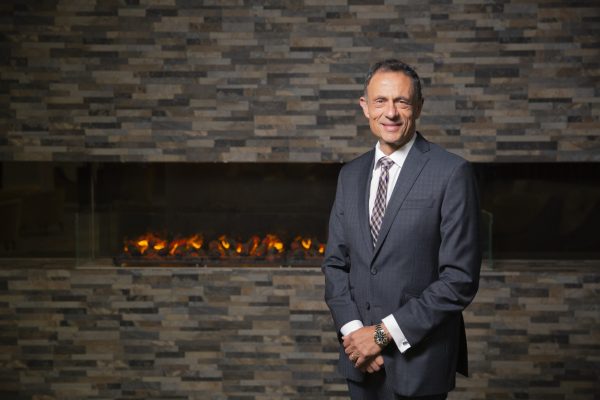 In 2020, the Central Coast continues to take steps forward in creating a city for the future. Central Coast Leagues Club is doing just that with the appointment of a forward-thinking CEO – Edward Camilleri.

Central Coast Leagues Club is pleased to announce the appointment of Edward Camilleri to the role of Chief Executive Officer.

Edward comes to the Club after 28 years in the role of CEO at Revesby Workers Club. During his tenure, he supervised a large-scale multimillion-dollar redevelopment that included the addition of several food and beverage outlets, a retail precinct, a fitness centre, childcare centre, and medical facilities.

He successfully led Revesby Workers to become one of the top five clubs in NSW and established long term, generational income streams for club stakeholders.

The new CEO has hit the ground running at Central Coast Leagues Club. “I’ve spent the last five weeks getting to know the employees of the Club, introducing myself to members and listening to their ideas and concerns and letting them know how we’ll address them,” said Edward.

A Terrigal resident, Edward is more than familiar with the Coast and is proud to be part of the Leagues Club team as they enter an exciting new phase – delivering their Masterplan to the community.

“Not many clubs have the opportunity to redevelop a site to make it a new club from scratch, which is exactly what we have with Central Coast Leagues Club. The opportunity to combine retail, entertainment, residential and hotel accommodation in one location right in the heart of Gosford is unique.”

Clubs across the globe are becoming more diversified according to Edward; “We’re seeing more clubs offering fine dining experiences, combined with shopping precincts, and 24-hour gyms; the Central Coast has the opportunity to be a world-leader through our Masterplan development.” added Edward.

Beyond the Masterplan initiative, Edward is passionate about the prevention of domestic violence. “I’m very keen to start discussions with local charity groups about how Central Coast Leagues can assist those in need,” Edward commented.

As a leader who likes to be ahead of the curve, the members of Central Coast Leagues Club and local community should be excited about Mr. Camilleri’s appointment, his vision and skill-set; “A motto I live by is looking forward not backwards. I’m here for the community and am looking forward to what lies ahead,”said Edward.